Did you know that the BC Government is developing a new standardized funding model for long-term care?

According to documents released to the Vancouver Sun through a freedom of information request, the Ministry of Health has been involved in a rigorous review process to address the current lack of consistency in how BC funds nearly 300 publicly-funded care homes.

A new model is essential to move towards consistent quality of care standards and accountability around use of public funds. 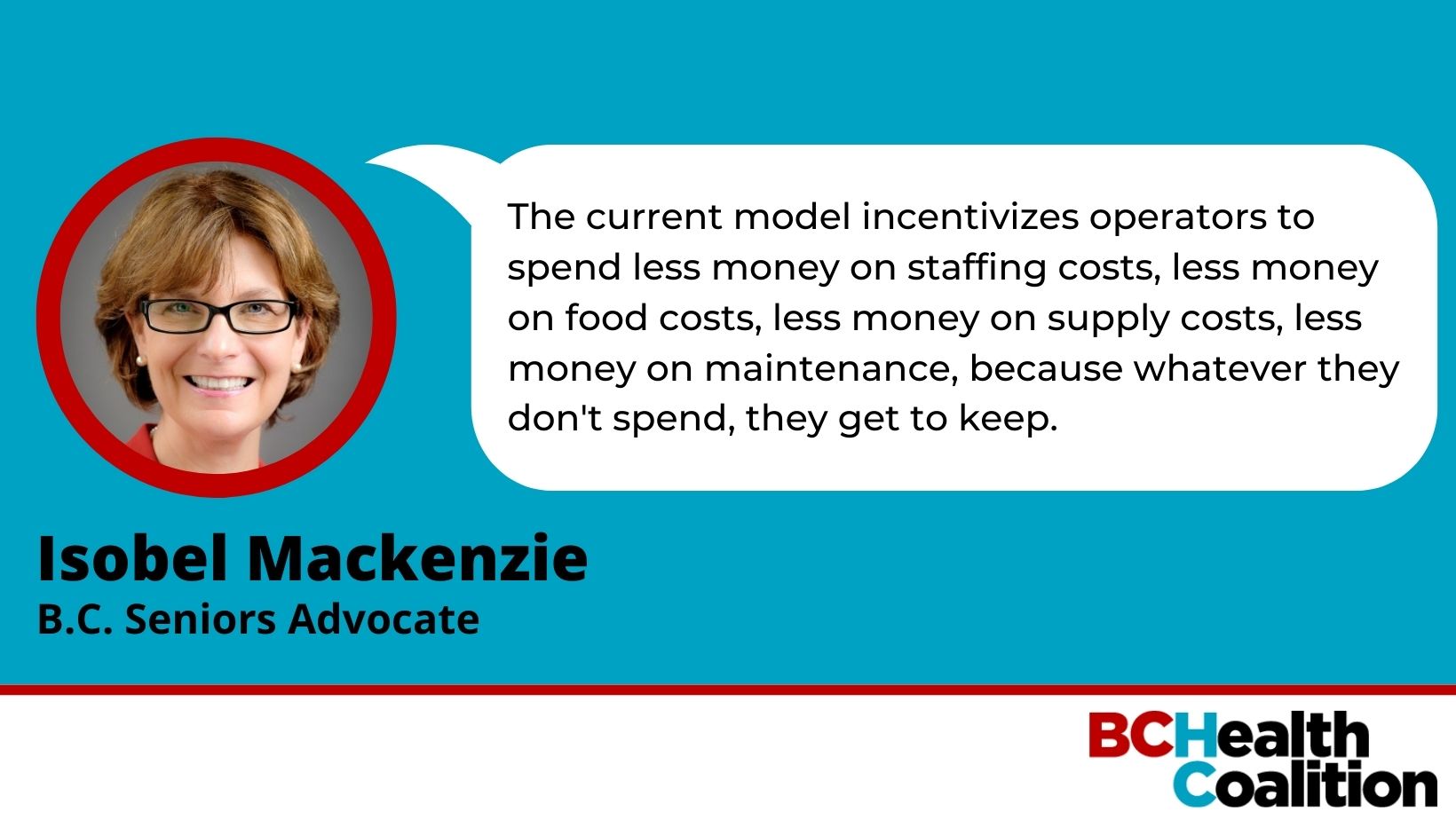 We can’t afford to miss this opportunity to bring much needed systemic changes. That’s why our Seniors’ Care Accountability Campaign will set out clear demands for what older adults, caregivers, health care workers, and allies expect to see in provincial standards.

Join us for our Seniors' Care Accountability Campaign Launch on June 22nd.

We’re worried about who is involved – and not involved – in developing the new provincial funding model. The documents released to the Vancouver Sun revealed that the Ministry of Health has contracted Ernst & Young to lead the review. Sound familiar?

The corporate consulting firm, known as EY, is the same firm the Province hired to lead a review of the Ministry of Health’s long-term care COVID-19 response. When the review report was released in October of 2020, the process was criticized for its close ties to the for-profit long-term care industry and for failing to adequately engage health care workers and community. EY provided no explanation of how stakeholders were selected, and, when questioned, the private firm claimed it was “not able to comment on client work”. The Ministry of Health also declined to comment on the subject.

Developing a standardized funding model for long-term care is too important a process to take place behind closed doors, protected by the privacy awarded by private consulting contracts. We need transparency towards the public in this process as well as the active inclusion of groups representing seniors, workers, and communities. The public needs to know that the new funding formula is based on research and evidence, not political negotiations and compromise.

A standardized and transparent funding model should ensure:

Register for our Campaign Launch on Zoom on June 22, from 2-3:30pm and learn how you can help us win progress on these priorities.