Recently, the BC Government announced they will contract Kaigo Senior Living to build and operate 90 new for-profit long term care beds in Vernon BC.

This is in complete contradiction to their campaign promise during the 2020 election:

The BC Liberals doled out hundreds of millions to for-profit corporations to create new care homes – and it failed miserably, with four of those care homes put under public administration for failing to provide required levels of care. - BC NDP platform

Out of the 495 publicly funded new long term care beds being built in BC, only 75 will be publicly operated, while the other 420 beds will be contracted out to for-profit and not-for-profit operators. As mentioned, the first 90 beds in Vernon have already been awarded to a for-profit company and the other contracts, Penticton (90 beds) and Kelowna (140 beds), are waiting to be announced. 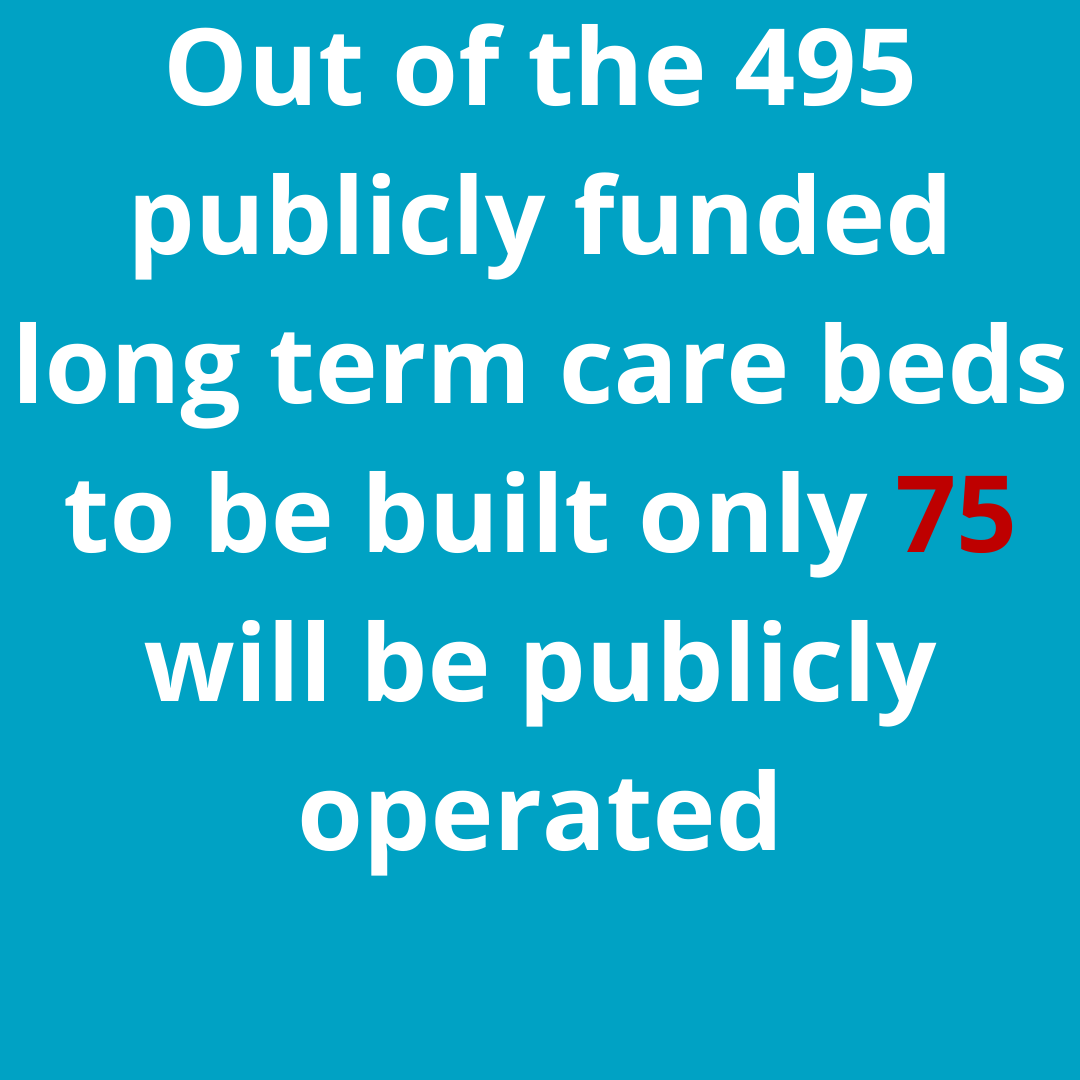 We expect that more for-profit long term care beds will be announced this year.

For-profit operators often have the edge in contract bidding processes because they “low-ball” the cost of running facilities. Their ability to run facilities more cheaply than public and not-for-profit operators and still make a profit depends on them cutting corners and degrading the standard of care provided. In the 2020 report “A Billion Reasons to Care,” the BC Seniors Advocate found that despite receiving the same level of public funding, for-profit long-term care operators were spending about $10,000 less each year per resident than non-profit operators. Those public funds, which were designated to be used for the care of seniors, were and continue to be pocketed as profits.

This is why the BC Health Coalition is demanding that BC eliminate the profit motive from long-term care and move to a non-profit, publicly delivered system, by: